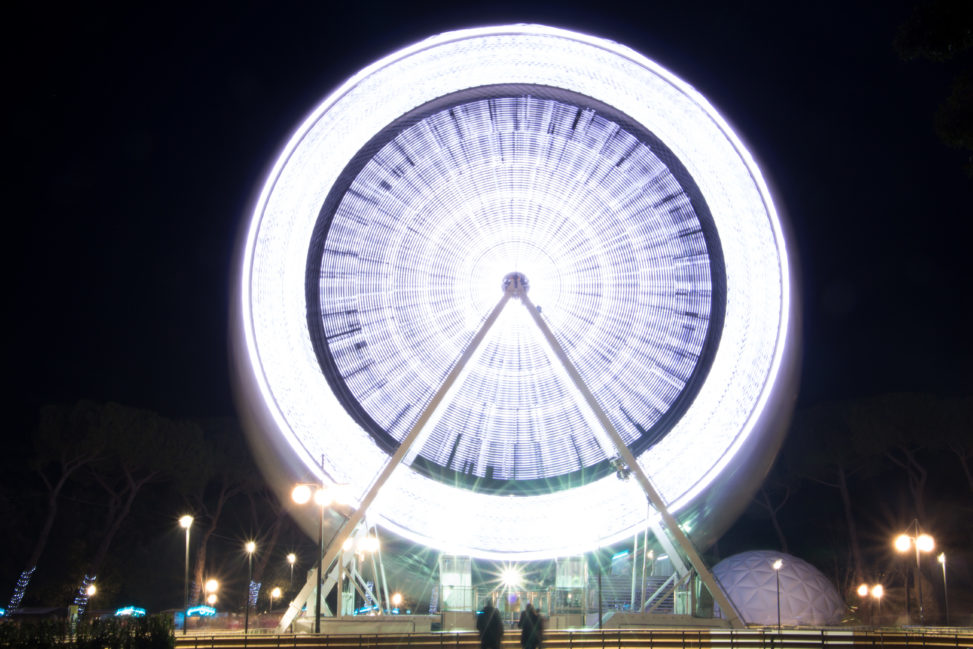 A Ferris wheel (sometimes called in the case of the very tallest examples, giant wheel) is an amusement ride consisting of a rotating upright wheel with multiple passenger-carrying components (commonly referred to as passenger cars, cabins, tubs, capsules, gondolas, or pods) attached to the rim in such a way that as the wheel turns, they are kept upright, usually by gravity. 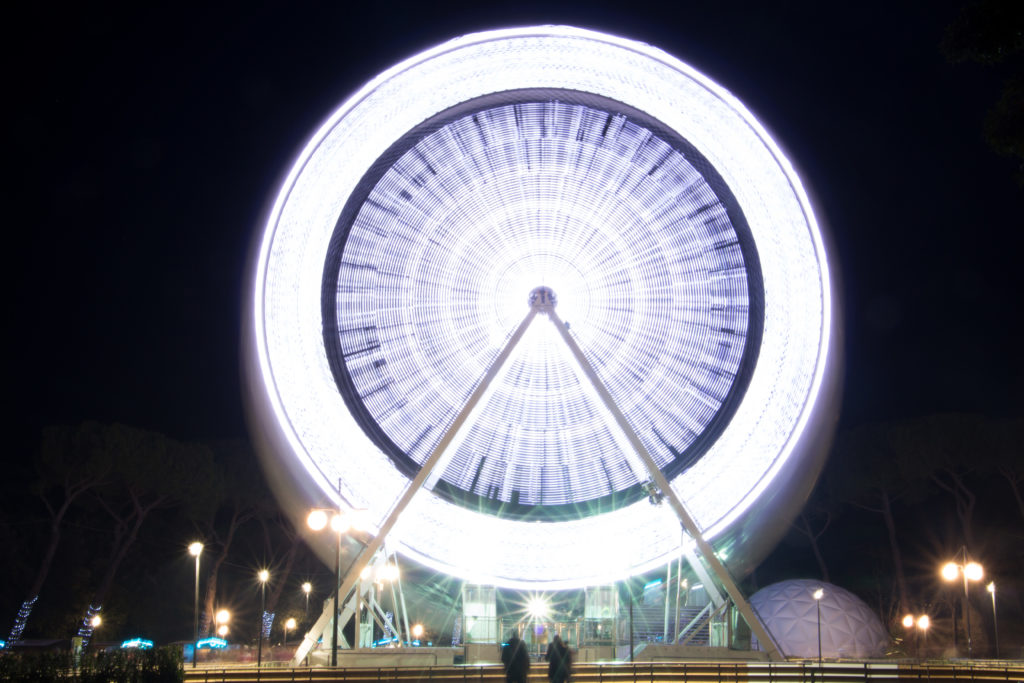 Some of the largest modern Ferris wheels have cars mounted on the outside of the rim, with electric motors to independently rotate each car to keep it upright. These wheels are sometimes referred to as observation wheels and their cars referred to as capsules, however these alternative names are also used for wheels with conventional gravity-oriented cars.

The original Ferris Wheel was designed and constructed by George Washington Gale Ferris Jr. as a landmark for the 1893 World’s Columbian Exposition in Chicago. The generic term Ferris wheel is now used in American English for all such structures, which have become the most common type of amusement ride at state fairs in the United States. 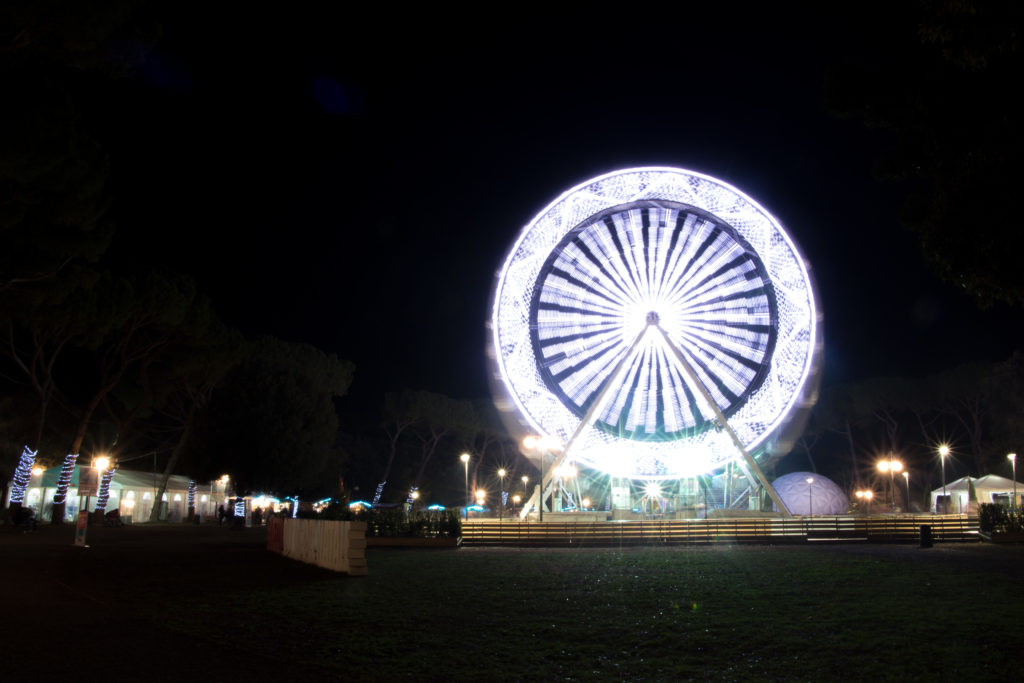